A project implemented by STEMO achieved special eco-honors in the "IT Project of the Year".

At a ceremony to award "IT Project of 2016", organized by Computerworld Bulgaria, which took place on February 21, 2017 in "Sofia Hotel Balkan" a special eco-award for exceptional contribution was handed to the SE "Port Infrastructure" for an information system for monitoring of the Black Sea. Contractor is a consortium "STEMO-ESRI" of STEMO and ESRI Bulgaria.

The winning project was funded by the Norwegian Financial Mechanism 2009-2014 in the framework of the "Innovations in green industry" in Bulgaria.

"Thanks to the funding organization with the financial assistance of which was made the project, contractors all colleagues who have worked selflessly and our partners. The platform is open, I hope more people get involved in it," said General Director of BPIC Angel Zaburtov.

The system is unique for Bulgaria - allows the collection of data in real time from a number of sources, including the "Copernicus." It monitors the status of various parameters of the environment, maritime spaces, coastal, port infrastructure and others. It was built using the best practices of the Norwegian Coastal Administration in the development and management of the system BarentsWatch. This is not the first award for the project. In 2016 the innovative system was highly appreciated both locally and internationally. 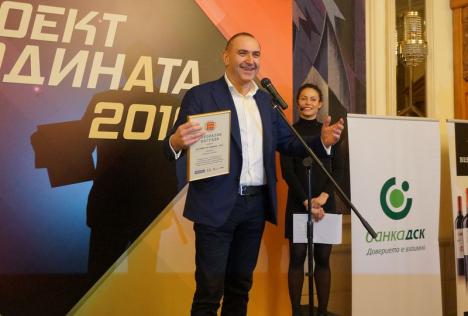 "IT Project of the Year" was held for the thirteenth consecutive year by Computerworld Bulgaria and for the ninth time supported by DSK Bank. In the race last year took 21 nominations, 9 of which competed in the public sphere, 12 - in the private sector.

Researchers at the University of Regensburg in Germany are extending their exploration of the origins of the universe boosted by a new Fujitsu supercomputer, the PRIMEHPC FX700 underpinned by the new Arm-based Fujitsu A64FX processor.